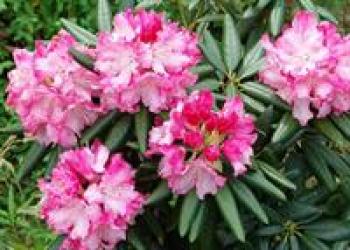 Since the debut of a landscape horticulture research and extension program at the LSU AgCenter Hammond Research Station eight years ago, gardens supporting the research continue to expand. We evaluate new trees and shrubs along with the continued evaluation of trees and shrubs already in the nursery trade in a field research area, in the Piney Woods Garden and in the sun garden.
The new Piney Woods Garden opened in 2013. Its five acres feature additional plantings of native trees, selections of clonally propagated cypress from China, Southern heritage shrubs (such as camellias), native azaleas, a collection of yellow-flowering magnolias, Japanese maples, the never-released Huang series of multi-season-blooming azaleas, new shade tree selections and much more.
Some of the highlights of new tree and shrub introductions over the past couple years include oak leaf hydrangeas, varieties of Hydrangea paniculata, many new crape myrtle varieties and new camellias.
New oakleaf hydrangeas from the USDA research station in McMinnville, Tennessee, have been doing extremely well in the piney woods garden. The varieties are Ruby Slippers, Munchkin and Queen of Hearts. Ruby Slippers is covered with 9-inch-long flowers in late spring. The flowers open white but quickly turn pale pink and then deepen to rose. Fall foliage is a mahogany red. Flowers of Munchkin are 6 inches long and open white, then turn medium pink. Munchkin is a slightly smaller plant than the others. Queen of Hearts produces flowers similar to Ruby Slippers, but flowers turn dark pink instead of rose.
Oak leaf hydrangeas grow well in Louisiana. They need well-drained soil with high organic-matter content. A partially shaded location with protection from afternoon sun is essential.
Limelight and Phantom are new varieties of the cone-shaped flowering Hydrangea paniculata worthy of planting in Louisiana. Limelight flowers have a light green color, and Phantom is a white-flowering variety. Flowers of both these hydrangeas are large and last longer in the landscape than traditional garden-type hydrangeas. Plants can be 5-6 feet tall after only three to four years. These hydrangeas can take more sun than other hydrangeas, but they still benefit from afternoon shade.
New crape myrtles with burgundy and black foliage are the most popular new additions in these popular summer-flowering trees.
Black Diamond crape myrtles are also called the Ebony series and include five varieties with blush, white and red flower colors. Foliage is black and stays black spring through fall. Plants reportedly reach 8-10 feet tall in the landscape once trees are mature.
Four new colors are being added to the Delta Jazz crape myrtles. These have burgundy foliage and are earlier bloomers and longer bloomers in the landscape.
The Southgate series of heat-tolerant rhododendrons were developed in Franklinton by John Thornton. These plants are in the Southern Living Plant Collection. Southgate Brandi features deep-pink buds that open to pink, ruffled blooms. Southgate Breezy sports medium-pink buds that open to white with a prominent maroon blotch. Southgate Radiance showcases deep-lavender buds that open to light purple. Southgate Divine has light-pink buds opening to white with purple specks. Southgate Grace has deep pink buds that open white.
These plants grow to be 4-5 feet tall and 3-4 feet wide after 10 years in the landscape. They have been very good performers in Hammond.
One of the new trees and shrubs in the gardens is a yellow-foliage, sterile dwarf ligustrum called Sunshine. New additions from Greenleaf Nursery include the October Magic series of camellias, Ruby Snow loropetalum and a new dwarf series of crape myrtles called Princess. We also have Lemon Lime nandina from the Southern Living Plant Collection and new variety additions to the Encore azaleas.
You can see more about work being done in landscape horticulture by visiting the LSU AgCenter Hammond Research Station website. Also, like us on Facebook. You can find an abundance of landscape information for both home gardeners and industry professionals at both sites.