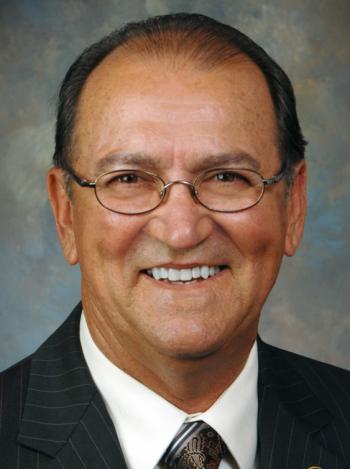 The festival is slated for the weekend of Oct. 17 through 20 in downtown Crowley.

Montoucet, a native of Lafayette, is no stranger to small business. All along his career path, he has always had the entrepreneurial spirit.

In 1975 he started, owned and managed the first of many businesses, Hub City Fire Equipment. The business was so successful that he had to make a choice between it and his career as a firefighter. He obviously made the right decision; by 1982 Montoucet had earned the position of Fire Chief for the City of Lafayette, a post he maintained until his retirement in 1987.

A U.S. Marine Corps veteran of the Vietnam War, Montoucet has been married to his wife Sandra for 43 years. They have one daughter Kristie, who also owns her own successful small business — Pilates Bodies — and two grandchildren, Taylor and Luke.

He has a special interest in French speaking community and organizations. He attended and represented the State of Louisiana, on behalf of then Louisiana Lt. Gov. Mitch Landrieu, at the 2009 Congres’ de Mondial in Caraquet (New Brunswick), Canada.  He also is the vice president of the Louisiana International French Speaking Parliamentarians and attended the 2009 and 2013 Assembly Parliamentary of Francophone in Canada.

Since then, Montoucet represented former Rayne Mayor Jim Petitjean at the AIMF in Luzan, Switzerland, and the Governor’s Office at the International Association of French Speaking Countries in Montreaux, Switzerland.

In 2010, he represented Louisiana at the North American APF Meeting in Quebec City, Canada, and in 2012 he attended France Louisiane Annual Meeting in Paris, France.

Montoucet was elected state Representative in 2007 to serve District 42 which covers Acadia and Lafayette Parishes and he is currently serving as a member of the Acadiana Delegation, Democratic Caucus and Chairman of the Louisiana Rural Caucus.

His committee assignments include Natural Resources and Environment; Appropriations; Retirement and Joint Legislative Committee on the Budget.