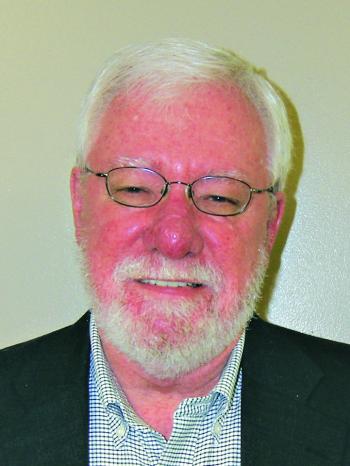 Nowadays you will find more brands and flavors of bottled water on supermarket shelves than brands of beer in the coolers. I'm not sure how or why bottled water became so ubiquitous, but I do know that it has a longer history than some might suspect.
C.W. Krotz, for whom the town is named, was one of the imaginative guys who saw its possibilities more than a century ago.
The Ohio native came to Louisiana about 1900 to do what he'd done before in the Midwest: Put together big land deals and make money off them. He headed south when he got wind of a huge tract of land in Avoyelles Parish that could be bought for a song, much of it full of valuable timber.
More than 100,000 acres were for sale for $2,000, but Krotz didn't have quite that much money. He was able to secure an option on the land that gave him 10 days to come up with the cash. The 10 days came and went and Krotz still didn't have the money he needed, so he took the sellers to court and tied up the land in litigation until he could afford to buy it.
Next he turned his attention to St. Landry Parish and about 20,000 wooded acres in the Atchafalaya Basin. This time he was able to buy the land without any shenanigans and set up a sawmill to cut the timber that was brought out of the Basin.
He put the mill on the bank of  the Atchafalaya River at a point where it had silted up enough to form a slight rise in the land. A small community grew up around the mill and he named the little town Latania, after a nearby bayou.
This was just about the time that oil fever struck Louisiana. A hugely successful well had been drilled at the Spindletop field in Beaumont and Louisiana speculators were bringing in gushers near Jennings and elsewhere in south Louisiana.
Krotz got the fever when he was told that his little community might be sitting on top of an untapped pool of oil. It wasn't long before a primitive wooden rig was set up and drilling began on the bank of the Atchafalaya not far from the present railroad bridge in Krotz Springs.
When the well got down to 2,400 feet, it blew a gusher.
Of water, not oil. The drillers had tapped into a high-pressure artisan well. That well became the water supply for the little town growing nearby and became known as Krotz's spring.
In 1909, when a post office was set up in the community, authorities refused to use the name Latania, because there was already a place with that name. They chose Krotz Springs instead.
Undaunted by the fact that his oil well didn't pan out, Krotz began selling lots in the little town, advertising the glories of his spring. He promised that "the water from this spring ... will cure all kinds of Stomach, Kidney, and Bowel trouble and Indigestion." He guaranteed, "It will cure Rheumatism, will Dissolve and Remove Gall Stones and Gravel from the Bladder and is a Sure Cure for Malaria." And, if that wasn't enough, he said his well produced "The Finest Bathing Water in the country."
There's not any way to measure how many people the ads brought to Krotz Springs, but people from across the country believed his spiel and bought up all of this miracle water that he could bottle.
The artesian well quit flowing some years ago, but it makes one wonder how much money C.W. would have made if Krotz's Spring Water was on the shelves today.
<hr /><em>You can contact Jim Bradshaw at jhbradshaw@bellsouth.net or P.O. Box 1121, Washington LA 70589.</em>