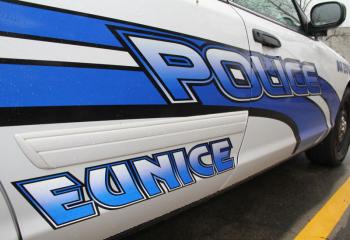 After a pursuit that started in Eunice, Ryan Blanchard, 29, faces charges including attempted first-degree murder in Acadia Parish.
Blanchard, of Mill Street in Eunice, also faces two counts of flight from an officer and reckless operation of a motor vehicle, according to a news release from Acadia Parish Sheriff Wayne Melancon.
The chase began in Eunice at about 2 p.m. Tuesday when Eunice police attempted to stop Blanchard on La. 13 South, according to Eunice police radio logs.
Blanchard reached speeds up to 85 mph plus during the chase, the logs stated, before he left Eunice.
Melancon said the pursuit continued on several parish roads and into the Town of Iota where the suspect crashed into a unit belonging to the Iota Police Department.
Melancon stated that once Blanchard is released from Acadia Parish he will be transported to Eunice where additional charges will be filed.