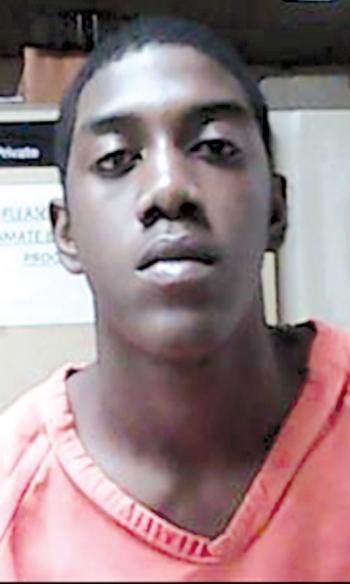 The St. Landry Parish Sheriff’s Office is asking anyone with information on two-time escapee Theobegi Levier to call 911, the sheriff’s office or St. Landry Crimestoppers.
“The search is active and ongoing,” said Lt. Clay Higgins, public information officer for the department. “We are following up on any and every lead we receive. We have had numerous leads. People want to help.”
“If you have anything relevant to add to the search, please call us.”
The St. Landry Parish Sheriff’s Office can be reached at 337-948-6516 or at the Eunice Substation at 337-457-7469, and the St. Landry Crimestoppers number is 337-948-TIPS (8477). There is a $2,500 reward for information leading to Levier’s arrest.
Levier is a black male with a medium to dark complexion, weighs 160 pounds and is 6 feet tall. He also has a tattoo on his face.
“He is considered an extremely dangerous, desperate man,” Higgins added.
In addition to St. Landry Parish, the department has looked into leads in Acadia and Evangeline parishes, and the Sheriff’s Office has contacted Levier’s family, friends and known associates.
“There is no area immune to search,” Higgins said. “Initially the search was isolated to one area in north Opelousas, and then it was expanded to the city of Opelousas. Now, we are looking everywhere.”
Levier is charged with aggravated attempted first-degree murder and armed robbery stemming from a Feb. 7 incident. He is also charged with simple escape.
Levier is accused of shooting an alleged drug dealer during a three-party transaction. The suspect was in the backseat of a vehicle when he allegedly took out a handgun and shot the salesman, the bullet going through a non-critical portion of the victim’s head. He was arrested two days later by Opelousas city marshals, but escaped while being taken to jail.
Two days later he eluded capture after being spotted at a Eunice apartment complex, and he was eventually captured again by Opelousas city marshals on Feb. 25. Levier was held on $425,000 bail for charges of aggravated attempted first-degree murder, armed robbery and simple escape
On Monday, Levier was being transported to an Opelousas Health Care Unit, and as he was escorted from the van, Levier, who was handcuffed and shackled, forced his way over a deputy and escaped on foot.
“We will not rest until this man is back behind bars,” said Sheriff Bobby J. Guidroz. “I will thoroughly investigate the escape incident and determine that all policies and procedures were strictly adhered to. It appears that Levier was properly handcuffed and shackled as he was being transported to a doctors appointment. He is now the subject of a massive man-hunt. He will be captured, and he will face additional charges.”