Eunice strategic plan is on hold 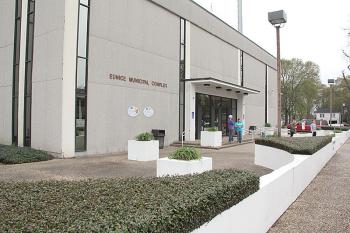 Through 2015 development of a strategic plan was at the forefront of public issues in Eunice.
In January, the Eunice Board of Aldermen voted to have its legal counsel draw up an ordinance to create a planning commission.
Eunice Mayor Scott Fontenot said there is not ordinance and he doesn’t foresee it happening.
“I don’t see the city investing in a master plan right now. The council hasn’t really taken any action at this time,” he said.
During its January meeting, the Rev. Clinton Sensat delivered a report from a board-appointed committee directed to study the feasibility of a master plan.
Sensat said a 15-member study group said a strategic plan is something the city needs.
The group was formed in September 2015 by aldermen and the mayor, but more than a year later when it comes to a strategic plan the mayor and Jack Burson, alderman at-large, point to a strategic plan already developed.
And, Burson said the city has spent money on plans that stayed on the shelf.
In January, there was a proposal by the Acadian Planning Commission for a one-year contract costing $26,000 to help the city develop a plan.
Fontenot said the Acadian Planning Commission’s offer seemed like a fair deal, but he questions whether the public wants the city to spend money developing a plan.
“I didn’t really have a big outcry from the general public. To be honest with you, the public said, ‘why do you want to spend your money on that,’” he said.
“The city doesn’t have a lot of money ...,” Fontenot said.
“I have intentions to name a brand new economic development board by the first of the year. I really think we need to get some people who are fresh and maybe want to see if we develop the town,” he said.
Fontenot produced a strategic plan, which is not dated, but has an objective of presenting the plan to the mayor and aldermen by January 2011.
Also among the first objectives is hiring a “qualified economic development professional” by March 2011.
Burson suggested the city could update a plan with a group of “practical people around a table.”
Burson has pointed out the city of Eunice has features of planning, such as zoning, that exist nowhere else in St. Landry Parish.