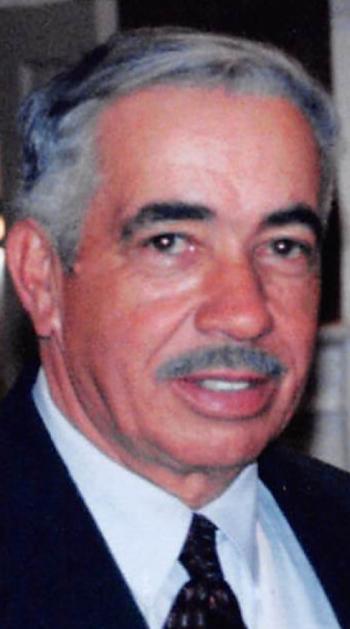 BATON ROUGE~Francis Papillion, a native of the rural St. Landry Parish community of Swords and a resident of Baton Rouge since 2005, died on September 10, 2015, at the age of 77, after a lengthy battle with Alzheimer’s disease.
He was a loving and devoted husband, father, grandfather, and brother who will be missed by all who knew and loved him. Francis was well-known for his smiling and easy-going demeanor, his work ethic, his devotion to the Roman Catholic Church, and his integrity. “V.L.”, as he was known to his closest family and friends, never met a stranger and was a friend to all. His favorite activities, when away from his many long hours at work, were spending time at home with his family, telling stories about the “old days,” preparing award-winning Cajun and Creole dishes, taking care of his farm animals, and brewing lots of very strong coffee. A long-time employee of the St. Landry Parish Sheriff’s Office and St. Landry Parish School Board, he brought hundreds of school children to school on time over many years as a rural bus driver, and he loved his annual tradition of treating every child on his school bus route to soft drinks, ice cream and other treats on the last day of school. He protected and served the public as a Deputy Sheriff for many years, and was exceedingly proud that he defused practically every situation he faced with his calm manner and smile, and he never had to draw his service revolver in over 20 years on the job. He was also an elected member of St. Landry Parish Police Jury and served for many years on the Parish Council of St. Ann’s Catholic Church in Mallet, where he was also one of the first lay Eucharistic Ministers. Ever the hard-worker, he grew bored of retirement after moving to Baton Rouge and joined the East Baton Rouge Parish Sheriff’s Department, where he worked for several years.
He is survived by his wife of nearly 50 years, Rita St. Julien Papillion, his son and daughter-in-law, Darrel and Shirley Papillion, his daughter and son-in-law, Amanda and Ty Larkins, of Baton Rouge, and by his daughter and son-in-law, Kimberly and Milton Charles, of San Antonio, Texas. He is also survived by seven grandchildren, Jude and Anna Claire Papillion of Baton Rouge, Sydnie and Lauren Larkins of Baton Rouge, and Carrington, Kaitlyn, and Carter Charles of San Antonio, Texas, and by his brother and sister-in-law, Herbert and Ella Rose Papillion, of Swords, his brother and sister-in-law, Howard and Mabel Papillion of Lake Charles, his brother Wilfred Papillion of Lafayette, and by his sister-in-law Otella Papillion of Chataignier, Louisiana, as well as his special cousins Anna Lee Cates and Effie Rene’.
He was preceded in death by his parents, Alexson and Amessia Papillion, brothers Euel Papillion, Johnny Merrick Papillion, and Cleveland Papillion, sisters-in-law Wilva and Bessie Papillion, and his sister Frances Sam.
Visitation was held at St. George Catholic Church on Saturday, September 12, 2015, from 9:00 a.m. until the Mass of Christian Burial at 11:00 a.m., conducted by the Reverend Michael Schatzle, followed by entombment in the St. George Mausoleum.
Rabenhorst Funeral Home is in charge of arrangements. An online guest registry is available at www.rabenhorst.com