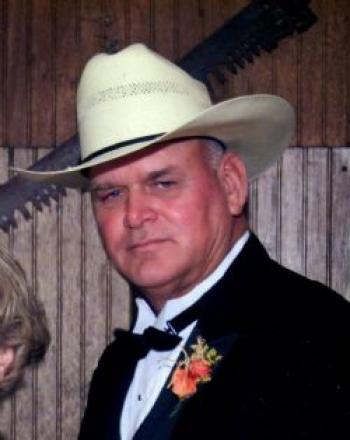 EUNICE~It is with heavy hearts and great sadness that the family of J. W. Zaunbrecher announces his passing on Monday, November 07, 2016 at his home at the age of 68. A Mass of Christian Burial will be Celebrated at 11:00 am on Wednesday, November 09, 2016 at St. Anthony Catholic Church in Eunice. Rite of Committal will follow in the St. Lawrence Cemetery with Father David Hebert Celebrant.
J. W. was a rice, soybean and cattle farmer. He was a member of the Acadia Parish Cattleman's Association. He also enjoyed raising chickens, rabbits and horses. J.W. could be found everyday eating lunch at Farmer's Gas in Mamou and always found time to pay his respects for those he knew during their time of loss and often would bring boudin for the families to enjoy. He was a loving husband, father, brother, grandfather and friend and will be missed dearly by all who knew and loved him especially his loving wife of 43 years, Carol "Noonie" Zaunbrecher of Eunice; his six children and their spouses, D'Lisa Frey of Eunice, Patrick Zaunbrecher and wife, Kathyrn, Mark Zaunbrecher and wife, Melissa, Kevin Zaunbrecher and wife, Jennifer all of Basile and Aimee Rasberry and husband, Corey of Iota; his eight siblings, Loretta Kurta and husband, John of Mowata, Steve Zaunbrecher of Elton, Linda Frey of Roanoke, Michael Zaunbrecher and wife, Blandina of Simmesport, Dale Zaunbrecher and wife, Gwen and Reggie Zaunbrecher and wife, Joan all of Eunice, John Lawrence Zaunbrecher and wife, Leslie of Mowata and Lambertina LaHaye and husband, Mark of Baton Rouge; nineteen grandchildren and three great grandchildren.
He is preceded in death by his parents, Frank and Hilda Frey Zaunbrecher; brother, Patrick Zaunbrecher; and a grandson, Wyatte Rasberry.
At the request of the family, visitation will be held at Ardoin's Funeral Home in Eunice on Tuesday, November 8th from 8:00 am until 10:00 pm and again on Wednesday, November 9th from 6:00 am until time of services. Father David Hebert will recite a Rosary at 6:00 pm on Tuesday.