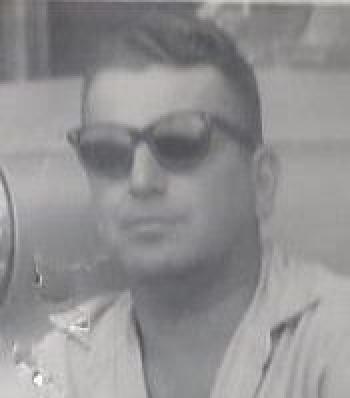 Leo Paul Babineaux died on Saturday, September 20, 2014, at the age of 85.
Funeral Services will be held on Tuesday, September 23, 2014, at 11 AM at Quirk & Son Funeral Home of Eunice. Reverend Alvin Ogea will officiate. Burial will follow at Mt. Calvary Cemetery in Eunice.
Survivors include his daughter, Kim B. Johnson and husband Terrance of Eunice; one sister, Isabelle Darbonne of Eunice; two grandchildren, Joshua and Emily Johnson.
He was preceded in death by his parents, John Babineaux and Edna Miller Babineaux; his wife, Mary Lavergne Babineaux; one brother, Henry Babineaux; three sisters, Yvonne Lavergne, Lois Ball, and Ruby Andrepont.
Visitation will be held on Monday, September 22, 2014, from 10 AM to 10 PM at Quirk & Son Funeral Home.
The funeral home will reopen at 8 AM Tuesday for visitation until time of service.