For the first time, TOPS may not be fully funded 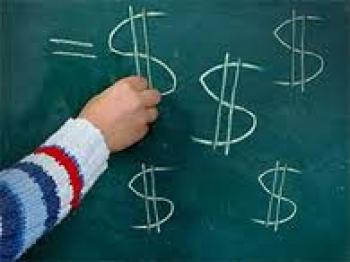 Despite more than $1 billion in tax increases from the Legislature this year, Louisiana colleges and universities are looking down the barrel of budget cuts for the ninth year running.
The funding landscape this year is unprecedented -- lawmakers are facing the possibility for the first time ever of failing to fully fund TOPS, the ever-popular tuition-paying program for in-state average academic achievers.
And now that schools receive most of their funding from tuition -- around 75 percent -- if TOPS is cut and state schools lose enrollment, they could be “devastated,” officials say, possibly more so than the direct cut to their budgets.
“If TOPS is cut, the student is now paying more and the school is relying on that student,” warned Commissioner of Higher Education Joe Rallo.
That leaves college and university administrators with a blindfold on going into their operating budgets. If low-income students can no longer afford college, or if high-achieving students take out-of-state offers, officials will be grappling with funding problems in the middle of the semester.
Higher education officials are particularly worried about four schools if the flagship scholarship is underfunded: LSU, University of Louisiana-Lafayette, Louisiana Tech and Southeastern Louisiana University.
Those administrators don’t know if or how a potential TOPS cut will affect enrollment until the school year is underway. At many schools, the enrollment count that comes 12 days after classes begin will be the earliest indicator.
“The impact could be enormous,” Rallo said of those schools.
TOPS is funded at roughly 70 percent in the current supplemental budget, meaning with no more revenue, students or parents would pay 30 percent of their tuition bills, in addition to hundreds, sometimes thousands of dollars in fees, depending on the school. Room, board and books come on top of that.
Not including TOPS, schools are in line for a $25 million funding reduction. The Legislature has raised more than $200 million in new revenue this session, and a House committee agreed to earmark $30 million of that to higher education.
LSU Health Sciences Center Shreveport also needs roughly $19 million, and options legislators have to raise enough revenue to fund everything have narrowed as House Republicans block many of the tax increases that come their way.
TOPS funding, a much more politically contentious question, has dominated the conversation at the Legislature with higher education officials noting the volatility and uncertainty that comes with cutting the scholarship for the first time in its nearly two decade existence.
“(Legislators’) phones are ringing off the hook about TOPS,” Rallo said. “They’re not ringing off the hook about the institutions. It’s wonderful to fund tops. But if you have no place to spend it because there are no classes or faculty. . . “
Much of the reason schools are unsure of exactly how much of an impact a TOPS cut would have is because students and parents still don’t know whether it will be funded. Once the special session ends, students have roughly six weeks to change their plans before school starts.
“Right now we think parents and students don’t really think TOPS will be cut,” said LSU Executive Director of Policy and External Affairs Jason Droddy.
LSU has tried to keep students and parents updated on the budget situation throughout the year by sending newsletters and email updates. But administrators won’t be able to say for certain how much TOPS-recipients will have to fork over until the Legislature is done.
The last two options lawmakers have for raising revenue passed through the House tax-writing committee Monday. Senate Bill 6, by Sen. JP Morrell, D-New Orleans, would raise about $13 million by altering the state’s inventory tax credit to businesses.
Senate Bill 10, by Sen. Rick Ward, R-Port Allen, would raise roughly $60 million by targeting the inventory tax credit and industrial tax exemption for businesses.
If passed, those bills will bring in another $73 million. Added to the roughly $213 million the Legislature has already raised in the year’s second special session, and lawmakers will have filled less than half of the $600 million budget gap that Gov. John Bel Edwards directed them to plug.