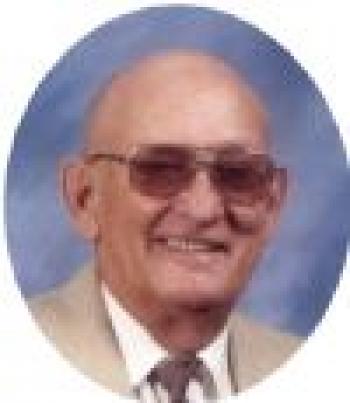 Edward “Ed” Vidrine died on Saturday, August 16, 2014 at Acadian Medical Center at the age of 87. A Mass of Christian Burial will be Celebrated on Monday, August 18, 2014 at 11:00 am at St. Anthony Catholic Church in Eunice. Rite of Committal will follow in the Mt. Calvary Cemetery with Father Dustin Dought Celebrant and Father Matthew Barzare Co-Celebrant.
In his young adult life Vidrine farmed and worked at his father’s saw mill in Lanse Gris. He later worked for the railroad & gravel pit in Turkey Creek. He began his career in the oilfield as a roustabout for Hub City Contractors in Eunice, became a gauger, then a pumper, before retiring as a field superintendent of the LL&E Pine Prairie field in 1989.
Survivors include his wife Vivian Barzare Vidrine of Eunice; children, Steve Vidrine and wife, Debra, Keith Vidrine, all of Eunice, Vickie Gossen and husband, Jude of Scott; sister, Laura Mae Guillory of Hessmer; brother, Burnell Vidrine and companion, Ms. Jo of Opelousas; sisters-in-law, Elaine Barzare of Eunice, Virgie Barzare of Kinder and Mavis Vidrine of Reddell; 11 grandchildren, five step-grandchildren; 16 great-grandchildren, and three step-great-grandchildren.
He was preceded in death by his beloved parents, Alibe and Alida Vidrine; sisters, Eve, Willamae, and Lelma; brothers, Kirby, Delta, Viel, and Frank; and step-grandson, Dylan Gary.
Visitation will be held at Ardoin’s Funeral Home in Eunice until time of services.