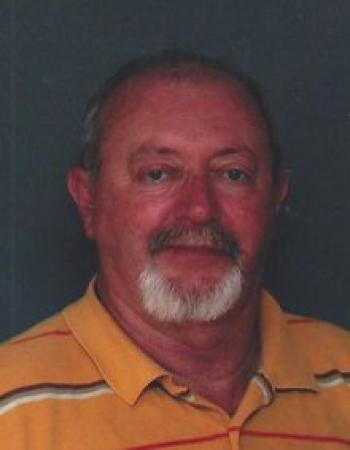 Joseph Whitney Lejeune, Sr. died on Wednesday, August 27, 2014, at the age of 63.
Funeral Services will be held on Friday, August 29, 2014, at 2:00 PM at Quirk & Son, Eunice. Pastor Brian Dore' will officiate.
Burial will follow at Mt. Calvary Cemetery in Eunice.
Survivors include his wife, Deborah Fruge Lejeune; three daughters, Naomi Vidrine and husband Shannon of Mamou, Wilda Soileau and husband Jody of Ville Platte, and Robin Guillory and husband Joshua of Eunice; three sons, Joseph Whitney Lejeune, Jr. and wife Christine of Eunice, Jonathan Lejeune and wife Velia of Brownsville, Texs, and Ernest Steven Lejeune and wife Lacey of Eunice; two sisters, Elaine Thibodeaux and husband Jimmy of Eunice and Earline Guidry of Eunice; two brothers, Larry Lejeune and wife Sandra of Eunice and Randy Lejeune of Eunice; 20 grandchildren; and one great-grandchild.
He was preceded in death by his parents, Joseph Steven Lejeune and Beverly Thibodeaux Lejeune and one brother, Harold Lejeune.
Visitation will be held on Thursday, August 28, 2014, from 10:00 AM to 10:00 PM at Quirk & Son.
Pastor Tim Holloway will conduct a sharing of memories on Whitney at 6:30 PM. The funeral home will reopen on Friday at 8:00 AM until the time of service.