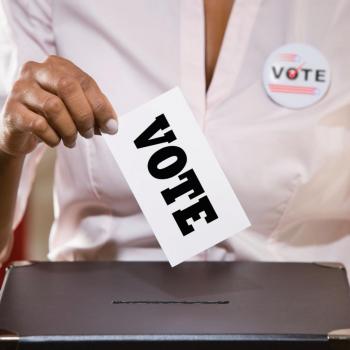 The big challenge in the U.S. Senate runoff for Treasurer John Kennedy and Public Service Commissioner Foster Campbell will be grabbing the attention of the same voters who were already less than enthusiastic about this race during the primary.
For Campbell, however, there are other obstacles. Last Tuesday’s election saw 578,000 votes cast for Campbell and Caroline Fayard, the leading Democrats.
Kennedy’s own vote share alone was 482,000 votes. When combined with the three leading Republican candidates, including Congressmen Charles Boustany and John Fleming, that GOP share jumps up to 984,000 votes.
The Campbell campaign will have to find a way to overcome that numerical hurdle and expand upon its core Democratic vote.
When and where the two men might debate is another question. They will have at least three choices for televised forums, with WDSU-TV in New Orleans hosting a debate on Nov. 29, Louisiana Public Broadcasting sponsoring its statewide forum on Dec. 1 and WVLA-TV in Baton Rouge hoping to put on its own show on Dec. 2.
National Republicans are eager to seal the deal in Louisiana and regional offices are already being set up to make the final push for Kennedy.
There will be 10 satellite GOP offices statewide for the race, which should also benefit the two Republican runoff candidates who are in congressional races in the Acadiana and Shreveport regions.
Campbell’s most important ally in the primary was undoubtedly Gov. John Bel Edwards, who is receiving a lot of the credit for Campbell reaching the second round. Edwards also played a key role in Campbell’s fundraising operation.
It’ll be interesting to see just how much more political capital Edwards will be willing to expend on Campbell’s behalf with oddsmakers heavily favoring Kennedy. A campaign spokesperson said late last week that the governor is continuing to help and is replying to all requests.
Edwards, overall, has endorsed three candidates during this election cycle and so far only one has been handed a defeat.
Mary Werner, the daughter of one-time Democratic Party chair Buddy Leach, lost her bid for the Public Service Commission despite Edwards’ support and a last-minute cash infusion from her family. Former GOP chair Mike Francis beat her and another opponent with 54 percent of the vote, avoiding the need for a runoff.
The governor has likewise endorsed fellow Democrat Marshall Jones in the 4th Congressional District, where state Rep. Mike Johnson benefitted from independent expenditures made by D.C.-based conservative organizations.
With the field now cleared, the Republican infrastructure is getting fully behind Johnson as Jones has to run a campaign in earnest after getting a pass as the lone Democrat in the primary.
Skipping a step, treasurer’s race begins
John Kennedy still has to win his U.S. Senate bid before the post of state treasurer opens up, but that hasn’t stopped a large slate of legislators from making very quiet moves.
They really don’t have much of a choice if they want to run a statewide campaign.
If Kennedy wins and resigns by Dec. 14, a special election for treasurer could be called for March 25 — a quick turnaround for any statewide candidate. If Kennedy resigns after Dec. 14, then the special election will likely be pushed back to the fall of 2017, probably in October.
While state Rep. John Schroder of Covington has said he will run if the vacancy occurs, others who are expressing interest in the race or thinking about it include Sens. Norby Chabert of Houma, Neil Riser of Columbia and Mike Walsworth of West Monroe and Reps. Paul Hollis Covington and Julie Stokes of Metairie. All are Republicans.
Again, should Kennedy win, Ron Henson, currently the first assistant state treasurer, is expected to be appointed as the interim treasurer until a special election can be decided.
Supremes to get GOP case
The Louisiana Republican Party’s challenge to the ban on unlimited donations to political parties is headed to the United States Supreme Court.
A federal three-judge panel dismissed the suit last week and the case will be able to bypass all other courts.
It’s expected that the Supreme Court could hear the case in late 2017 or in 2018. Scheduling will likely take place some time in February.
The case challenges provisions of the McCain-Feingold campaign finance law that, the party argues, “disadvantage state political parties as compared to super PACs.”
Party executive director Jason Doré, who is spearheading the effort, said the challenged provisions prevent state political parties from using state-regulated contributions for traditional party activities, even if the activities involve communications done with no candidate coordination.
Politico Magazine is calling the case“The Next Citizens United,” referring to the groundbreaking U.S. Supreme Court case that gave super PACs the ability to collect unlimited donations.
They Said It
“I was a secret shopper at one of our partner hospitals.”
—Commissioner of Administration Jay Dardenne, referring his recent heart attack, speaking to lawmakers about the new contracts for the state’s public-private hospital partners
“I’m from Louisiana so politics always fascinate me. It’s sort of like a national pastime where I grew up.”
—Tim McGraw, on FOX News
“Maybe the kitchen cabinet. I’ll break out some venison and we’ll have a feast.”
—Willie Robertson of Duck Dynasty, when asked if he wanted a cabinet position with President-elect Trump, in The Monroe News-Star
For more Louisiana political news, visit www.LaPolitics.com or follow Jeremy Alford on Twitter @LaPoliticsNow.