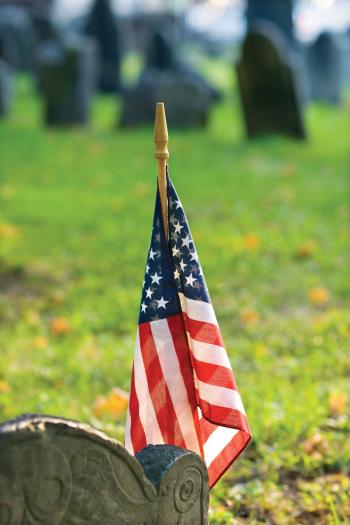 If two veterans have their way a ceremonial honor guard would be available to pay tribute at every veteran’s funeral service in St. Landry Parish.
Lincoln Savoie and Harvey Darbonne are leading the effort to provide the service that they estimate will require about $10,000 a year for four years to fund.
“We have 5,523 veterans in this parish and they need to be put away in a dignified manner,” Savoie said.
Savoie is veteran of the Korean and Vietnam wars and Darbonne is a Vietnam War veteran.
Savoie served in leadership roles in local veterans groups and was state commander of the Veterans of Foreign Wars.
Darbonne is commander of American Legion Post 514 in Opelousas.
Their idea is to have about 20 veterans equipped with uniforms, ceremonial rifles, bugles and transportation to be available for veterans’ funerals.
They are looking for the public for donations.
Savoie said, “There is a good possibility we will have a functioning elite honor guard by January of 2016 or February,” he said.
Darbonne said existing honor guards have ceremonies only for members of the American Legion or VFW.
“There are lot veterans who are not members of a veteran’s organzation,” he said.
Gene Olivier, past commander of VFW Post 8971 in Eunice and a VFW All American, said, “Yes, we need it. The only time the military sends an honor guard is if you are retired or killed in action.”
The post has an honor guard, but its service is limited to providing a prayer and bible to survivors, he said.
Savoie said volunteers for the honor guard would be sought first from the Opelousas American Legion post because of organizational concerns.
Savoie said, “We want to do this because we want to set an example. It will not go outside St. Landry Parish because we want other parishes to do something we are doing. If every parish has this type of honor guard then all veterans are assured they are going to get one hellacious send-off.”
Darbonne said he would like to see young veterans step forward to serve in the honor guard.
“It is important because we are talking about a group of people who sacrificed, even put their lives on the line,” Darbonne said. “Many made the ultimate sacrifice so we can enjoy the freedoms we have here in the United States.”