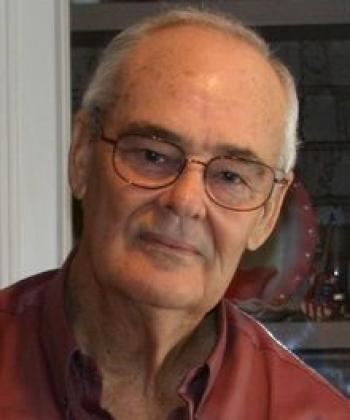 John Linson Ardoin passed away on Sunday, April 3, 2016, at the age of 77.
Funeral Services will be held on Wednesday, April 6, 2016, at 11:00 a.m. at Quirk & Son Funeral Home.
John is survived by his companion, Myra Mathews of Pineville; three sons, Dr. Reggie Ardoin and wife Monique of Lafayette, Chris Ardoin and wife Becky of Eunice, and Pat Ardoin and wife Monique of Eunice; five sisters, Geraldine of Duralde, Beverly Fontenot, Barbara Kruzynsky, Janella Chanvert, and Janice Smith; four brothers, Lee Bert Ardoin of Ville Platte, Donald Smith, James Smith, and Michael Smith; nine grandchildren; and one great-grandchild.
John was preceded in death by his parents, Lenson Ardoin and Lucy Marcantel Smith.
At the request of the family, visitation will be held on Tuesday, April 5, 2016, from 9:00 a.m. to 9:00 p.m. at Quirk & Son Funeral Home in Eunice. A Sharing of Memories will be at 7:00 p.m.
The funeral home will reopen at 8:00 a.m. on Wednesday for visitation until the time of service.
Quirk & Son Funeral Home is in charge of the arrangements.